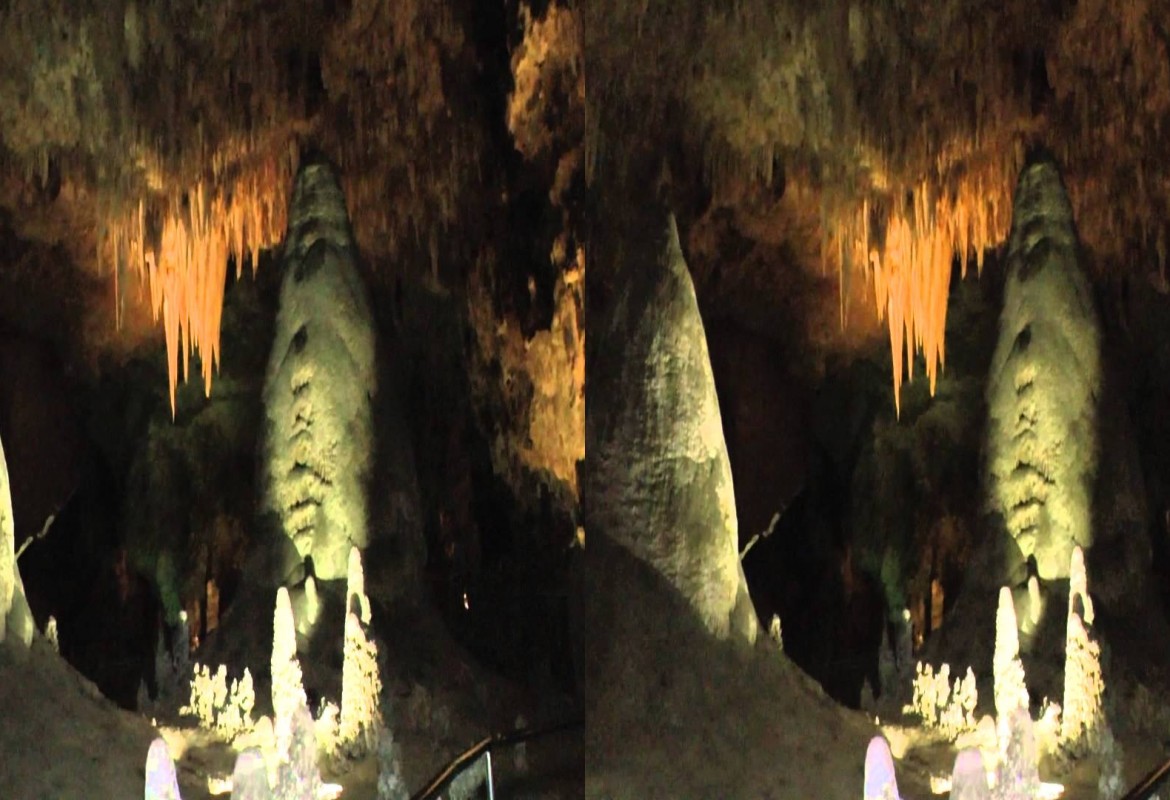 This is a complete walking tour of Carlsbad Caverns, The drive in, the Natural Entrance, and the Big Room tour. Experience what it is like to see this amazing cave system and learn about the cave with a recording from the audio tour wand, you can rent at Carlsbad Caverns Book store before you begin your tour.

There is plenty of light in the cave along the paved pathways, but we added a small video light to bring out many of the beautiful coves and speleothems that were in the video shadows.