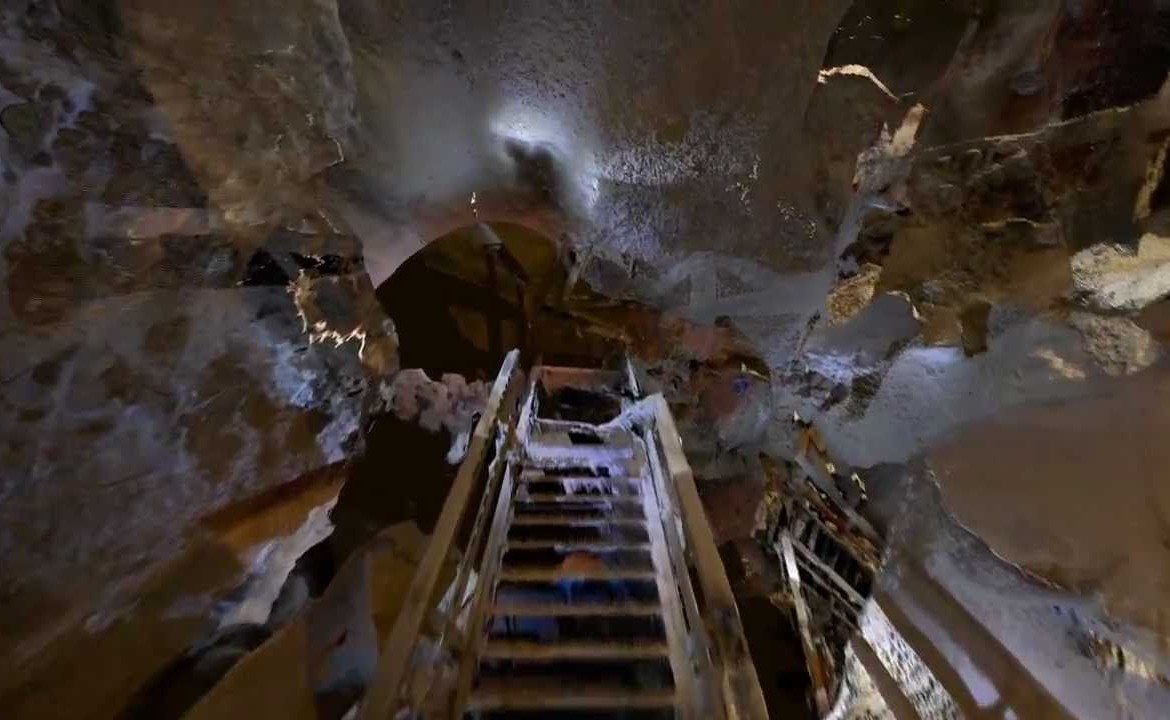 Beginning in 1925, the newly-established park undertook the construction of a system of wooden staircasess in order to enable visitor access to the caverns. Within a decade, however, the park had begun the construction of a sequence of paved paths and switchback ramps as a more pedestrian-amenable replacement to the stairs, which were subsequently abandoned and eventually, for the most part, removed. The six flights of stairs documented by the HDP team, located on the east side of Iceberg Rock, are the last surviving portion of the original stair system.

Over the years the high humidity level in the caverns (close to 100%) has fostered the growth of mold on the stairs. The mold has caused the wood members to deteriorate, to the point that the stairs are no longer safe and have been condemned. Following the completion of the HABS documentation project, the stairs will be demolished. The project was sponsored by Carlsbad Caverns National Park.

This video does not contain sound.

Learn more about HDP by visiting us online at http://www.nps.gov/hdp/

Search the HABS/HAER/HALS Collection in the Library of Congress at http://www.loc.gov/pictures/collection/hh/

Carlsbad, New Mexico: A Place to Live, Work, and Play!